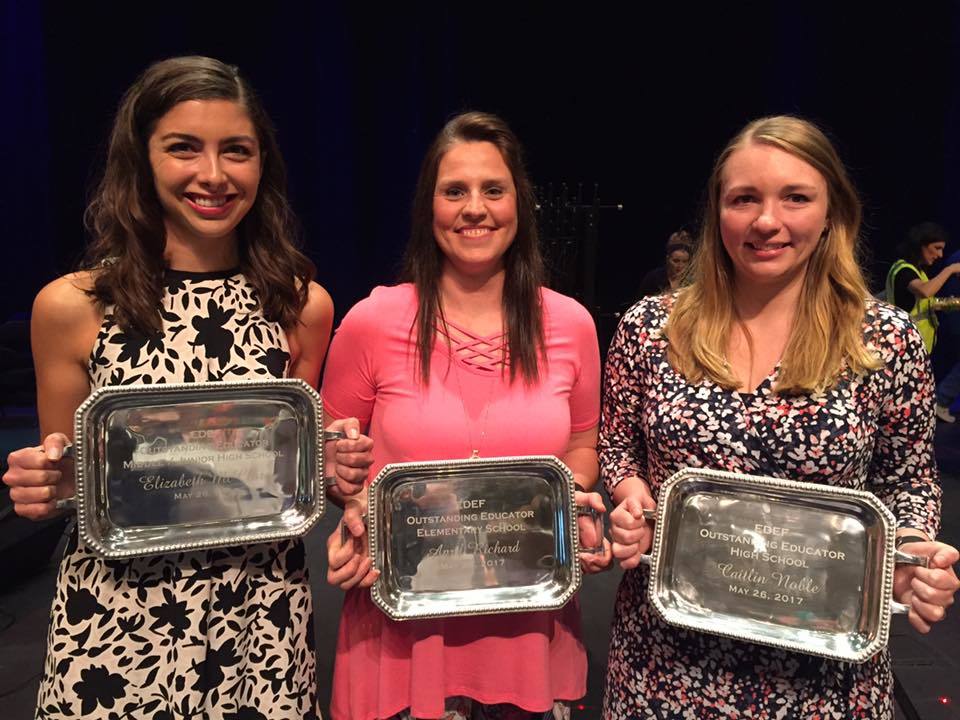 April Richard of Hugh Goodwin Elementary, Elizabeth McClure of Barton Junior High and Caitlyn Noble of El Dorado High School received the designations as Teachers of the Year for the respective grade levels.

From nominations at each school, certified staff vote for 17 semifinalists. One semifinalist is chosen from each elementary school and Murmil Educational Center, three each are chosen from the middle school and junior high, and six semifinalists are selected from EHS (El Dorado High School). Semifinalists then proceed to the next stage – written application forms. Judges from the Education Department at SAU (Southern Arkansas University) in Magnolia critique these, further narrowing the field to nine finalists.

These finalists are observed in class and interviewed by the SAU judging committee, to choose three winners – Outstanding Elementary, Outstanding Middle/Junior High School, and Outstanding High School Teacher. All semifinalists, finalists, and winners will receive recognition, plus monetary awards sponsored by the EDEF and Murphy USA.

This year's semifinalists and nominees were: