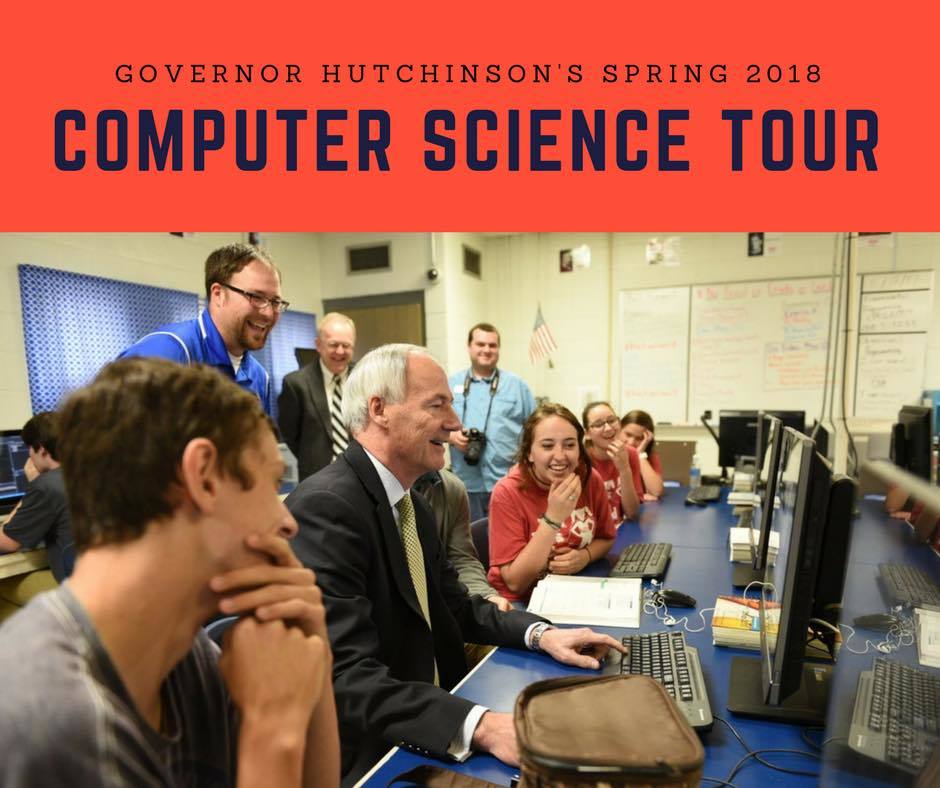 Governor Asa Hutchinson will visit El Dorado High School at 12:30 p.m. on Thursday, April 5th as part of his Spring Computer Science Tour. Students from schools throughout the El Dorado School District will demonstrate their computer science skills during his visit.

Last week, Governor Asa Hutchinson announced his Spring 2018 Computer Science Tour, the sixth tour of Arkansas schools since he took office in 2015. So far, Governor Hutchinson has visited more than 50 schools throughout the state to highlight the importance of computer science education and to emphasize his commitment to providing opportunities for learning.

“In my visits to schools across Arkansas – large and small, rural and urban, elementary and high school – I have met hundreds of students and teachers whose creativity and enthusiasm have made our state a national leader in computer science education,” said Governor Asa Hutchinson.  “I believe computer-science education can provide unlimited opportunities, which is why I have committed to equipping our students with the right tools that will empower them to become the next leaders in STEM. I look forward to continuing to share that message on my Spring 2018 Computer Science Tour.”

To view the full list of schools on the Governor's tour, visit https://governor.arkansas.gov/...