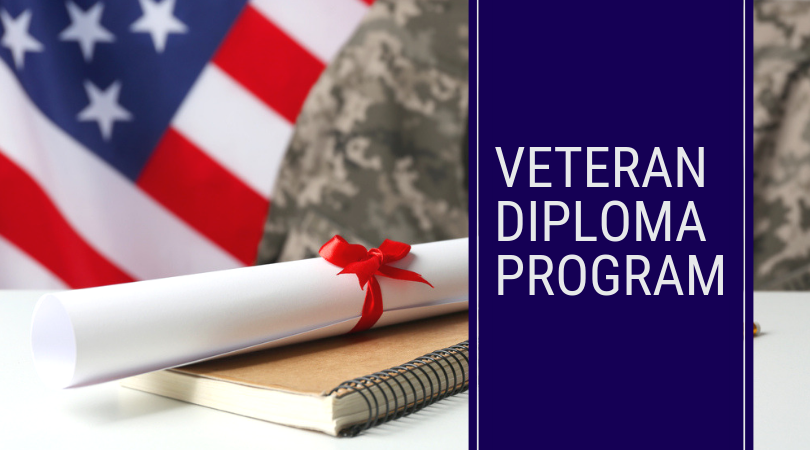 El Dorado Schools are honored to recognize the service of our military veterans by providing an opportunity for those who were unable to finish high school due to deployment in World War II, the Korean War, and the Vietnam War to receive a high school diploma.

To be eligible to receive a diploma from El Dorado High School, the Arkansas Department of Education has established the following requirements:

A veteran will need to present to the El Dorado school district’s Board of Directors a Veteran Diploma Application and any of the following documentation of honorable discharge as evidence of eligibility:

Applications can be found atwww.eldoradopublicschools.org or picked up at the Administration Office, 200 West Oak Street, El Dorado.

The applying veteran did not have to attend El Dorado schools at the time of their deployment to receive this diploma. Upon review of these documents and certification of eligibility, a diploma will be granted to approved veterans at the El Dorado High School Graduation on May 20, 2019.

Applications and documentation must be submitted to the Administration Office by March 15, 2019.

For any questions regarding this Veteran Diploma Program, please contact the Superintendent’s office at (870) 864-5001.