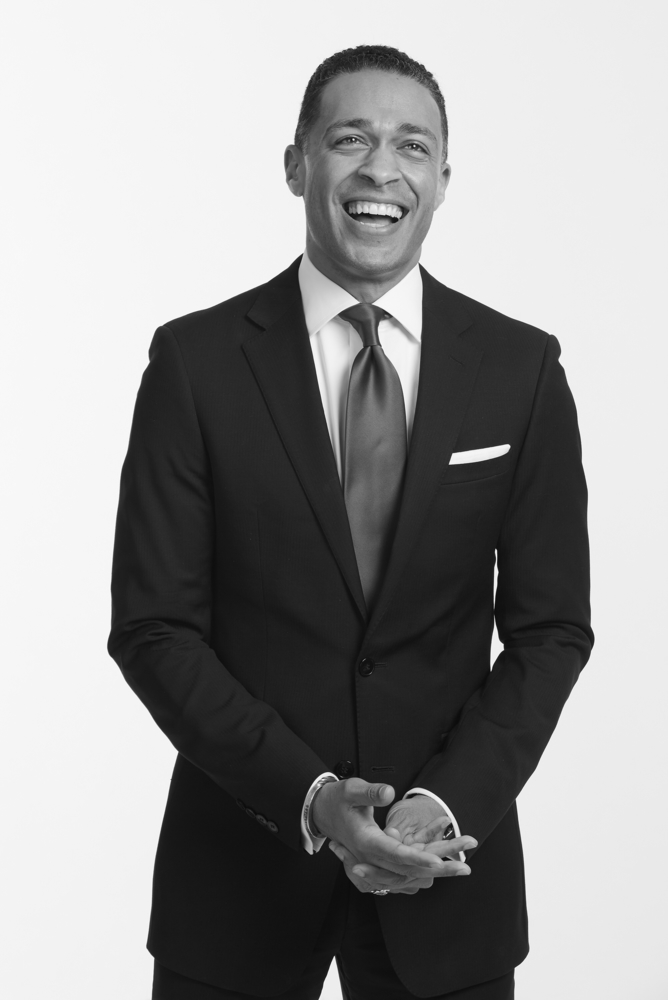 The event will take place Wednesday, April 24, 1:00 PM, at the El Dorado High School (EHS) Wildcat Arena. The El Dorado Promise was begun by Murphy Oil Corporation 12 years ago. The full scholarship covers tuition and mandatory fees at any accredited two- or four-year post-secondary institution, up to the cost at the most expensive public university in Arkansas. Over 2,500 students have taken part, attending 140 colleges and universities in 32 different states.

At ABC, Holmes primarily contributes daily to the network’s morning show, Good Morning America. Prior to joining ABC, Holmes spent five years’ time as anchor of CNN Saturday/Sunday Morning, and also anchored at MSNBC and hosted his own late-night show on BET. In his 19-year journalism career, Holmes has reported around the country and around the world on major news events, from the Olympics, to natural and man-made disasters, to presidential elections. A graduate of the University of Arkansas (UA), Holmes was chosen as its 2018 Johnson Fellow and its 2007 Young Alumni Award recipient. He serves on the UA Campaign Arkansas Steering Committee. A native of West Memphis, hecurrently lives in New York City.

EHS Principal Alva Reibe stated, “Mr. Holmes stresses that, each and every day, we all represent something greater than ourselves.” Students will benefit from learning his steps to success, she added. Present at the event will be Murphy Oil Corporation’s Chairman of the Board Claiborne Deming, El Dorado Mayor Veronica Smith-Creer, El Dorado School District (ESD) Superintendent Jim Tucker, and El Dorado Promise Director Sylvia Thompson.

“It’s exciting to hear how our students are using the Promise to complete college without accumulating significant student loan debt," said Deming. As a universal, place-based scholarship, any EHS graduate enrolled since at least the ninth grade can receive a college scholarship, with no high school GPA, income limit, or competitive application required. Promise Scholars have completed studies from most Arkansas public and private universities, as well as 39 out-of-state institutions. Currently, they are attending 73 post-secondary institutions. “Since the majority of Promise Scholars are first-generation to college, the success of this program has been especially gratifying,” he added,

ESD Superintendent Jim Tucker stated, “We have a college-going culture with the Promise. Our teachers exhibit a sense of urgency for all. We offer a very rigorous curriculum, plusinnovative systems not used anywhere in this area. El Dorado graduates are successful in college, in the military, and in the workplace.”

​Over 81% of last year’s Promise Scholars are attending college, stated Sylvia Thompson, ESD El Dorado Promise director. This percentage is significantly higher than both the most-current Arkansas college-going rate, at 48.2%; and the national rate, at 67% (sources: Arkansas Department of Higher Education, National Center for Education Statistics). Thompson added, “Some graduates have chosen to return, saying that they want to give back to the community which has supported them so much.”

In 2018, studies by the Office of Education Policy (OEP) at the University of Arkansas showed a 16.5% increase in EHS students pursuing postsecondary education after announcement of the Promise. Alice Mahony, vice-president and co-founder of the El Dorado Education Foundation (EDEF), stated, “The Promise also has positively affected students’ college attainment goals. Completion of bachelor’s degrees has increased by over 10%.”

The high school offers 20 AP (Advanced Placement) courses. The district has been recognized by the College Board, the governing body of AP, for impressive increases in AP enrollment and passing scores, especially by underserved and minority populations. “Last spring, nearly 400 students took over 900 AP exams, a new school district record,” Bonnie Haynie, ESD Director of Professional Development/Federal Programs, said. To further prepare students, the district offers an endowed chair program in math, science, and literacy; with pre-AP classes beginning in fifth grade. Many other educational projects and partnerships with the community have been implemented.

​El Dorado Promise Scholars can attend any accredited two or four-year college or university in the United States. Students will sign academic letters of intent to attend 35 separate institutions. Graduates joining the military begin scholarships after completing one enlistment.