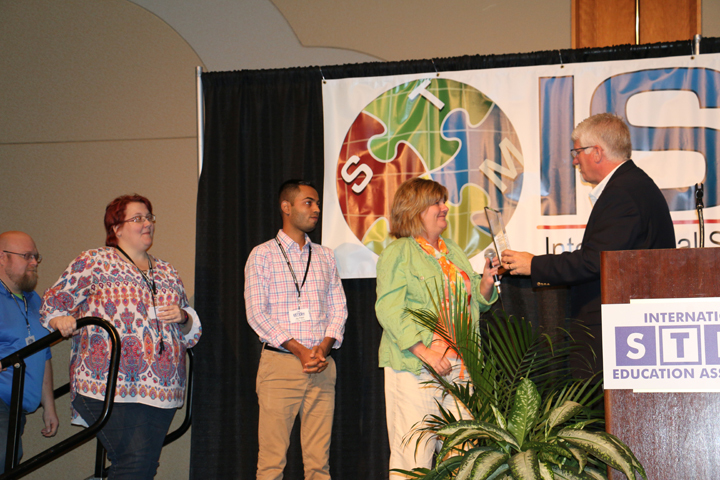 Washington Middle School (WMS) of El Dorado, Arkansas was awarded the STEM Excellence Award at the international STEM Expo in Branson, Missouri on October 11, 2016. Washington was one of four worldwide recipients of this award. The STEM Excellence Awards program honors public and private elementary, middle and high schools whose faculty and administration have implemented a comprehensive integrated STEM education program at very high levels or have made significant progress or significant strides in achievement through the implementation of comprehensive STEM programs.

The STEM Excellence Award sets a standard of excellence for all schools striving for the highest level of achievement in integrated science, technology, engineering, and mathematics (STEM) education. Each year, the International STEM Education Association seeks out schools where the faculty and administration have sought to attain and maintain high academic goals through the implementation of comprehensive and long-term integrated STEM education programs. To be named a STEM Excellence Award recipient school is to join an elite group of educational innovators. Representatives from the school received a plaque honoring the achievement and a banner to be displayed in the school.

Washington Middle School has implemented a comprehensive STEM education program that allows students to learn STEM content through engaging hands-on lessons where they collaborate with their peers, educators, and community leaders to communicate their understanding of the natural processes that shape the Earth through projects that included sculpting working models of a volcano and a tsunami, engineering an earthquake resistant structure, and constructing a visual representation of the way plate tectonics and continental drift have shaped Earth’s surface. One project ask 5th grade students, some of whom had never seen the ocean in person, to conduct research, write, film, and edit a documentary video to investigate their own question, “Are there mermaids living in the Mariana’s Trench?” Through their research, these students had the opportunity to discover how explorers were able to descend into the deepest place on Earth’s surface and observe incredible examples of organisms surviving in the extreme environment of the trench. The variety of options that students were given to utilize teamwork and problem solving skills while developing and representing their understanding of science concepts opened the door for students to tackle challenging disciplinary content in a way that connected to their strengths and interests.

Representatives of Washington Middle School who attended the STEM Expo and received the award were: Jody Vines, Principal; Jigish Patel, Maker Lab Teacher; Michael Herren, Science Teacher; Christina Turner, Science Teacher. While at the STEM Expo, these WMS representatives were able to connect with other STEM educators from eight countries and twenty-eight states or territories, including the other award-winning schools from Oklahoma, Pakistan, and Ontario, Canada. They also attended professional development sessions led by NASA and several U.S. universities.

The STEM Excellence Awards serve as a standard of excellence for schools who promote integrated science, technology, engineering and mathematics (STEM) education.